Dani Filth is a famous British lyrics writer and singer. He is well known for his band, Cradle Of Filth. Their metallic song has brought them huge popularity. Filth has gained a lot of fan followers. His position was 95 in the Hit Paraders among 100 metal singer and filth has a five-octave vocal range. 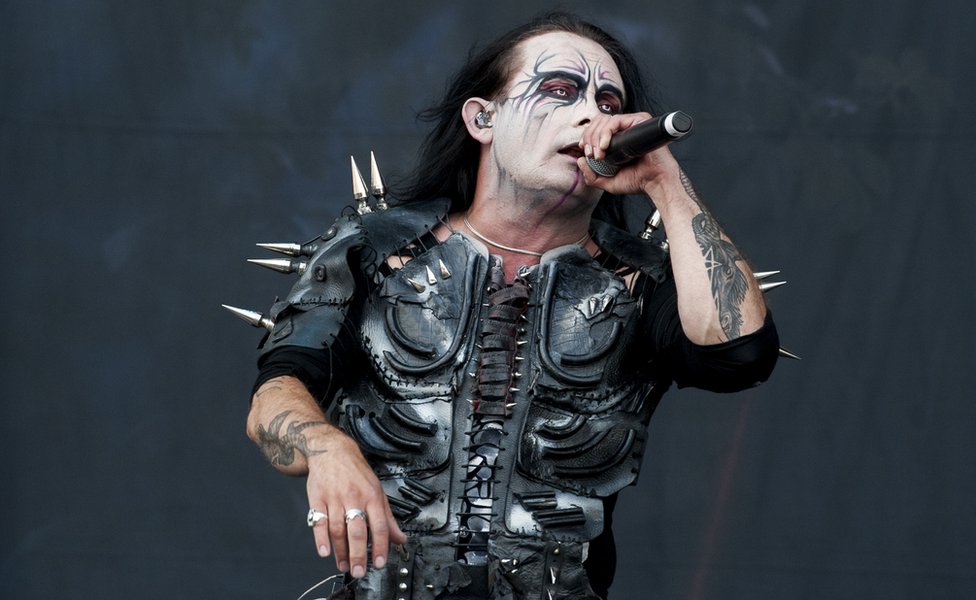 Here prepare an article about Dani filth. Here we will talk about his net worth, his earning, his little bio and some other interesting fact that you might enjoy.

What is Dani Filth’s Net Worth

Dani Filth was born in Hertford, the United Kingdom on 25 July 1973. His parent’s name is Susan Janet Moore and Lawrence John Davey. Filth grew with his three siblings in a lovely family. He was the older one among his siblings and the firstborn of his parents.

Dani Filth was into music when he was just a  kid. He always used to listen to music and love to play with musical instruments. When Filth was a young boy he met some friends with the same interest in music. Later his friend circle helped him a lot to build a successful career.

There is not much information available about Dani Filth study life. As much as we know he completed his primary education from his home town but he did not continue his study. Probably he was a high school drop out.

When Dani Filth was eighteen years old he took a job at a Chinese restaurant. But Filth didn’t find himself fit in a restaurant job. When he officially started his career in music, he was an intern in a newspaper but throw it away and become a singer.

Dani Filth worked with so many famous bands before created The Cradle of Filth. Some band he was included as a singer is- Carnival Fruitcake, The Lemon Grove Kids, PDA, Feast on Excrement, the Bondage Boys, and Hash Gordon and the Drug Barons.

Filth formed the famous band Cradle of Filth in 1991 in Suffolk. It’s a metal song band. They mostly sing songs like black metal, gothic metal, symphonic metal. The band became very popular after releasing their few songs. They have earned worldwide fame and reputation. They have a huge number of fan followers from all over the world and their fan regularly follows and listen to their song.

Nymphetamine, Her Ghost In The Fog, The Death of Love, Lilith Immaculate, Cruelty Brought Thee Orchids, Born In a Burial Gown, Hollowed By The Name etc.

Besides singing and working as a lyrics writer he has co-written a famous book name Gospel Of Filth. It was well-received by some particular reader. Filth has also appeared in a famous movie in 2000, Cradle Of Fear. His role was a psychopath who is taking revenge on his father death.

Dani Filth is one of the famous millionaire’s lyrics writer from the UK. His main source of income is coming from his music profession. He has made quite a good amount of money from here. Most of the celebrity doesn’t like to reveal their net worth. After some research and according to some online sources we can say that Dani Filth net worth is about 1.5 million dollars.